So Monaco is only a 20 minute train ride from Nice, so instead of blowing our 4 week budget in one night we decided to stay in Nice and catch the train in haha. The train rides along the coast line to Monaco so its basically crystal blue water the whole trip which is amazing!

Monaco is a little country just by the side of France, it often gets mistaken for part of south of France but it is intact its own country. You can walk the length of Monaco in just under an hour, which is exactly what we did because why wouldn’t you want to say you’ve walked the length of Monaco haha.

Anyway, first up we went to the harbour, which I’m sure is what everyone would want to do as thats what its mostly famous for. The harbour is huge, you can walk all around in winding your way in and our of all the yachts. Everyone around you is either a million or a billionaire and they all drive flash cars. It is the most flashiest place I have ever been and we loved every second of it. You can walk up to the top of Monaco and overlook the harbour too which I highly recommend, best photo opportunity. By the harbour is where we had lunch, it was a cute little red restaurant which had loads of outside seating, I had mussels obviously (if you know me you know I’m obsessed with mussels). 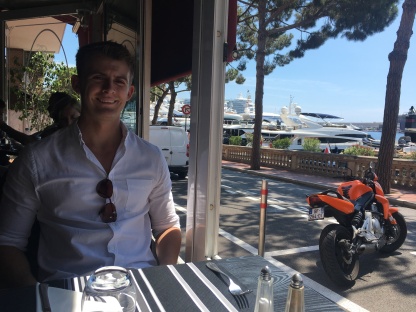 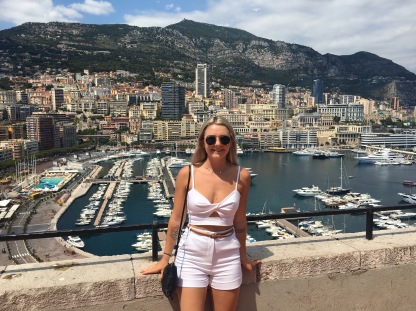 Next up we went to the Monte Carlo casino, we went during the day and it wasn’t actually open at this point. You can go into the first bit of the Casino which is all a bit touristy but the actual Casino doesn’t open until 6pm. You also need to wear inclosed shoes (not trainers as we found out), be smart and pay 20 euros to get in. So if you’re travelling from Nice, maybe bring a little backpack with some spare shoes and pants if you are wanting to go inside the Casino.

You have to see the famous formula 1 tunnel too, everyone rags their cars through the tunnel seeing who can make the most noise, my boyfriend was very happy haha. We walked everywhere in Monaco, we wanted to make sure we saw everything, we also found out there is basically a million stairs around Monaco as its all built up on hills, so take that into consideration when deciding if you want to wear heels or trainers… 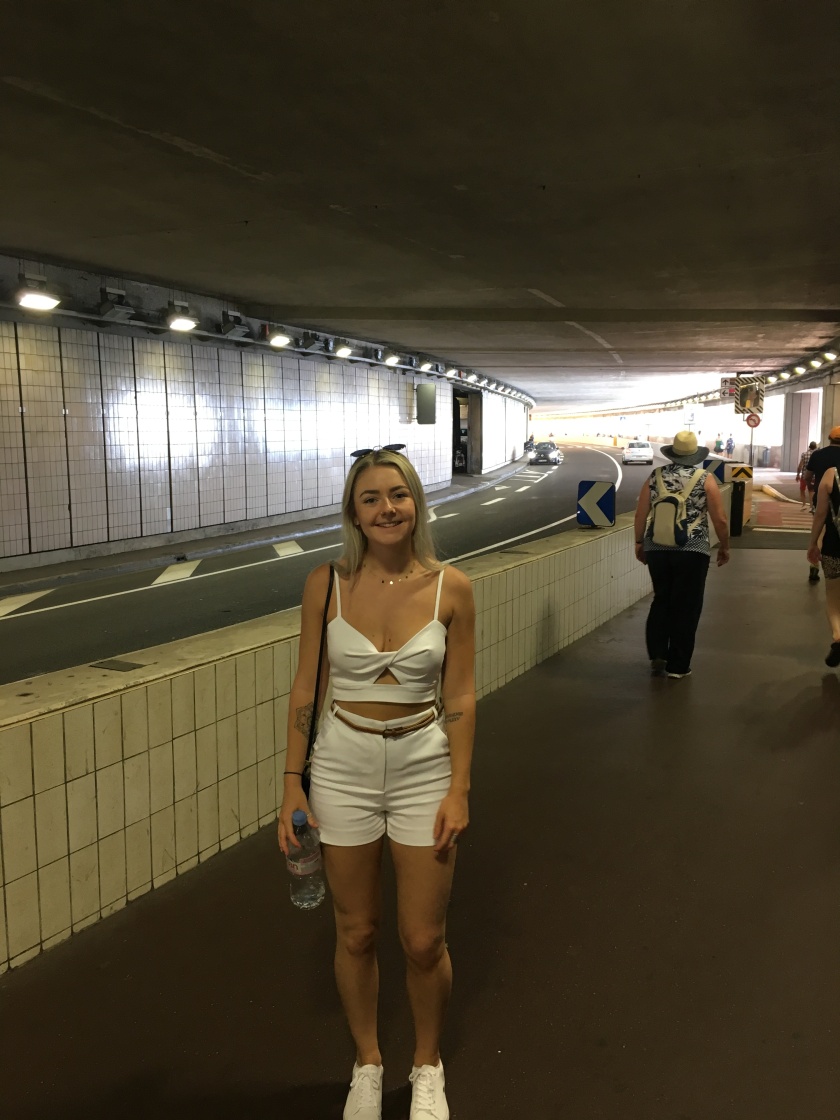 After we had exhausted Monaco, we went to a Starbucks (classic tourists I know) and got an ice chocolate and sat over looking the ocean.. in starbucks, how cool is that! We then caught the train back to Nice. The perfect thing about summer in Europe is that the days are so long so when we got back to Nice we still had about 5 hours of daylight left! The photo below is starbucks over the ocean in Monaco, how extra haha!